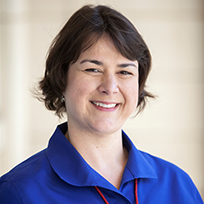 Kellie Prinz Johnson has been on the Diamond M Club board since 2012. She has served as secretary, treasurer, vice president, and is now the president. Kellie and all of the current board members have worked to expand the membership beyond alums of the Mustang Band and leverage technology, social media, and strategic planning to continue to set records for both membership and revenue each year. Kellie was in the Mustang Band from 1992-1996, played the alto sax, and was a squad leader for 3 tumultuous years, all of which had a different band director at the helm. When not passing out flash drives and pestering people to join the Diamond M Club, Kellie is the Director of Operations for Retro Studios in Austin, Texas. At work, she’s basically the Mom to 95 video game developers. At home, she’s the Mom to 2 sons. Kellie, Kevin, Jacob, and Samuel live in Round Rock, and make the trek to Dallas A LOT. 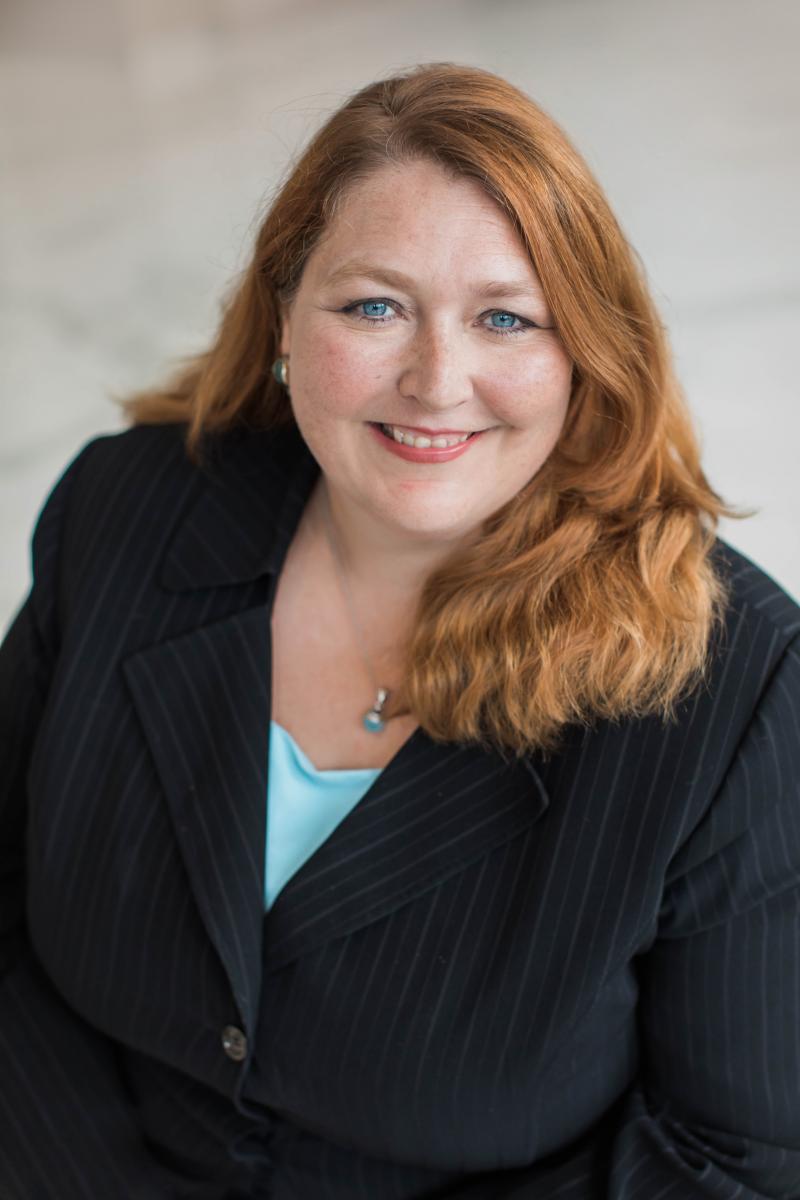 Jennifer Yelton Henry is now on her second term with the Diamond M Club.  She first served as a board member for several years in the early 2000s after moving back to Dallas following law school.  She rejoined the board in 2015 and has been the invaluable coordinator of corporate sponsorship ever since.  Jennifer marched with the Mustang Band from 1990-1994 for director Bob Brandenberger, served as a trombone squad leader, and from the stands at football and basketball games proved to be a very vocal embodiment of the Hub of SMU Spirit.  She is a parter with Estes Thorne & Carr PLLC, where she practices commercial litigation.  Jennifer lives with her husband and two daughters only a few blocks away from the SMU campus, so she is a regular at SMU football and basketball games and many other campus events. 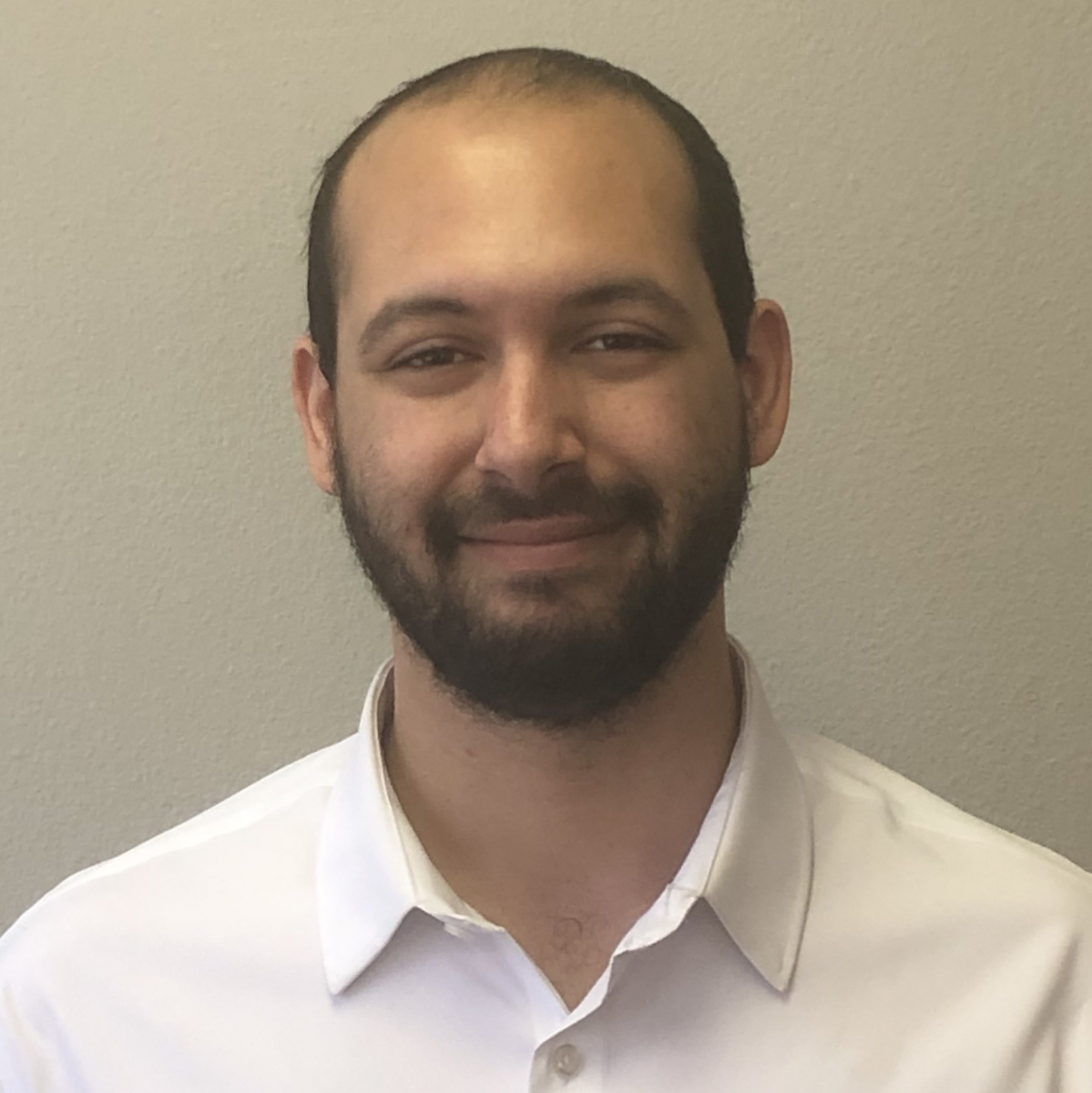 Ahmad Saleh joined the Diamond M Club board in 2019 where he took on the roles of Secretary and coordinating the Boulevard for the Diamond M Club on gamedays. Ahmad was in the band from 2012-2017, playing tuba next to fellow board member Gerry, as well as organizing the end-of-year band banquets in 2016 and 2017.

On game days, you can catch Ahmad playing with the SMU Alumni Band on the Boulevard. Ahmad works as a Structural Engineer at Armstrong-Douglass Partners. 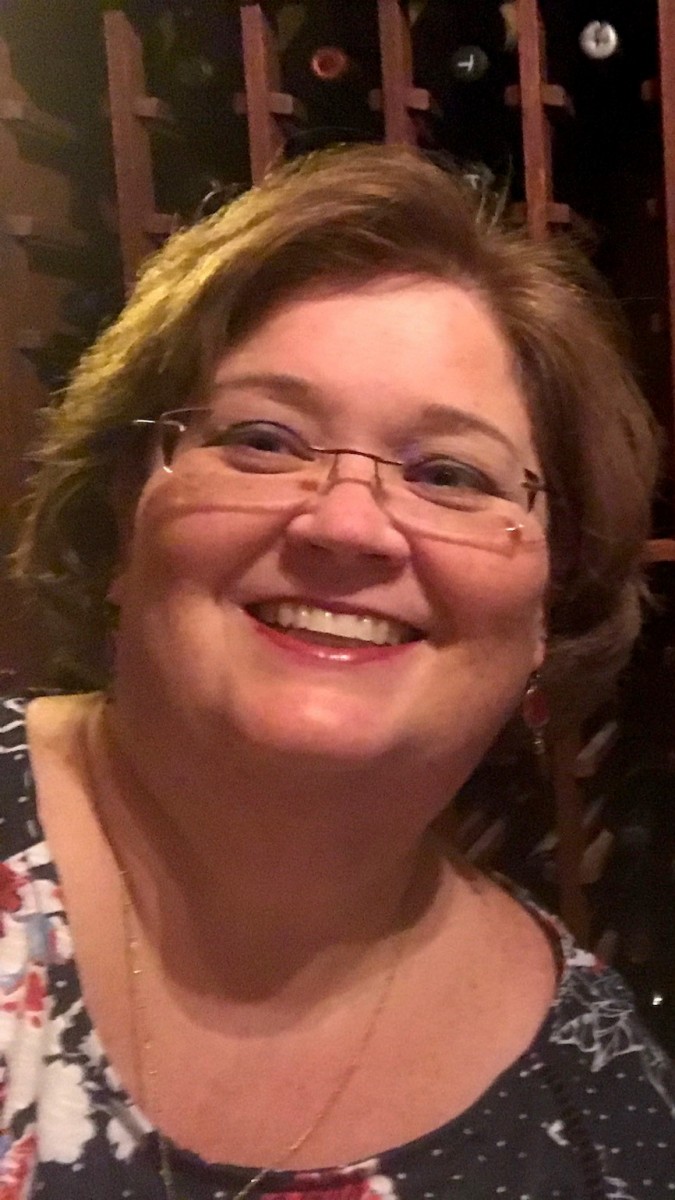 Tricia Letton Clark has been on the Diamond M Club board since 2013.  She first served in the unenviable role of coordinating logistics for fall Boulevard tailgates, but has since served as secretary, president, vice-president and is now treasurer.  Tricia was in the band from 1991-1995 under directors Bob Brandenberger and Claude White and worked for three years as band uniform manager, tirelessly cataloging and organizing hundreds of uniform parts for the Best Dressed Band in the Land and making sure there was an extra bow tie for that one trumpet player who forgot his on game day.  Tricia loved marching so much she returned in the fall 1997 to march under director David Kehler. Tricia works as Systems Engineer at L3Harris Technologies and lives in Garland with her husband Wayne. 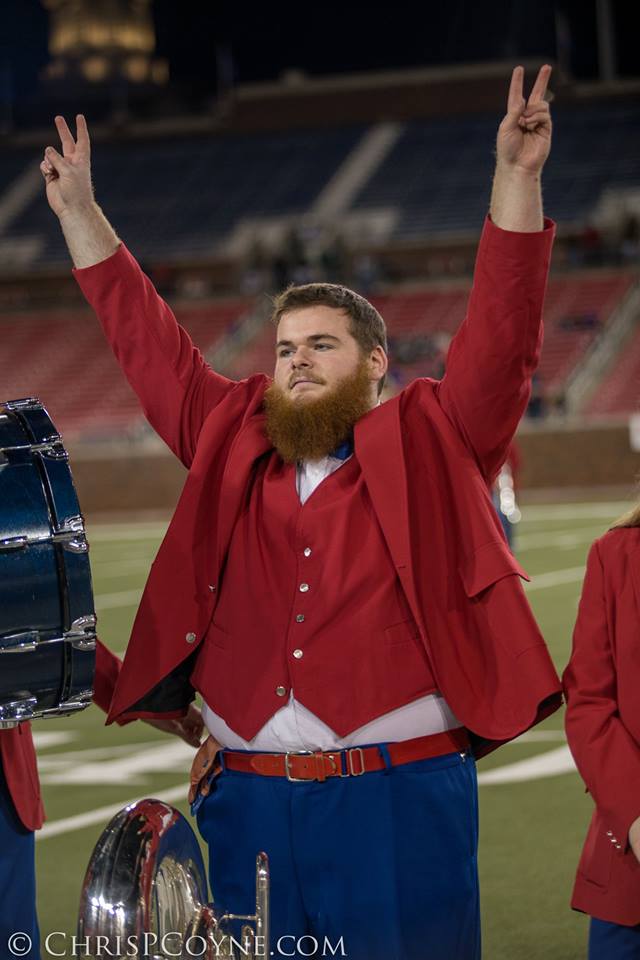 You probably know Gerry from his trademark beard and his trusty tuba when he was in the Mustang Band. After graduating in 2016, Gerry volunteered to be part of the "young guns" on the Diamond M Club Board, and has helped with Communications and coordinating the Boulevard for the Diamond M Club on gamedays.

When he's not attending SMU sporting events or Dallas Stars games, he works as a technician for Envy Eye Care. 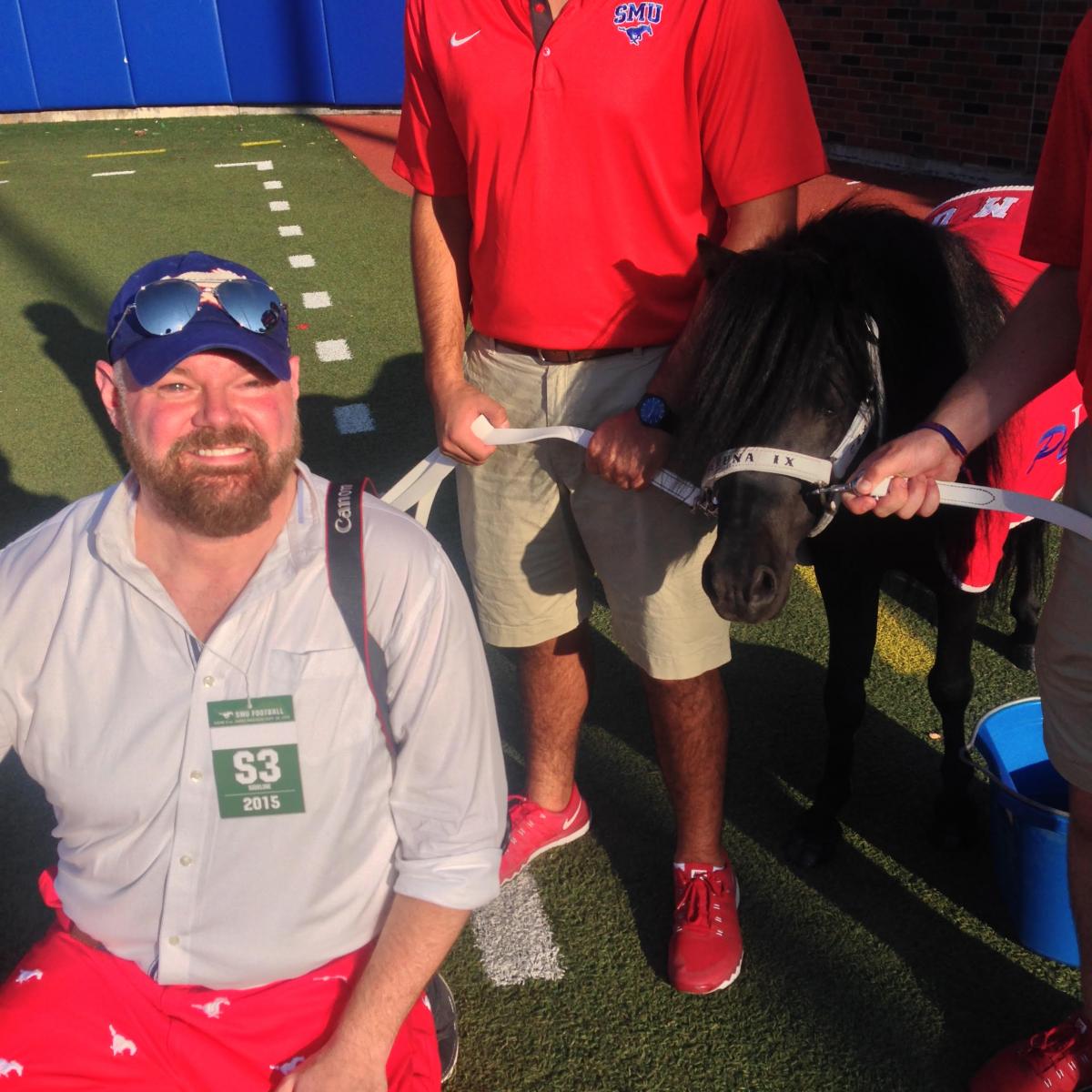 Brian Waddle joined the Diamond M Club board in 2015, where he serves as in-residence branding and marketing guru.  Brian won't confirm when he joined the Mustang Band, only that he graduated from SMU in 1993.  He stayed on campus for one more year to work as Assistant to the Director in 1994, during which time he helped start the expanded Mustang Band drum line in its current format.  Currently, Brian is the director of brand management for the Houston Community College System, one of the largest singularly-accredited higher education institutions in the nation. He's also a travel writer for OutSmart magazine and husband to UH grad Kevin Hamby, which makes for fun game days in October.  One of his proudest moments with the Mustang Band was conducting the national anthem at the Rose Bowl for the 1994 SMU-UCLA  game. 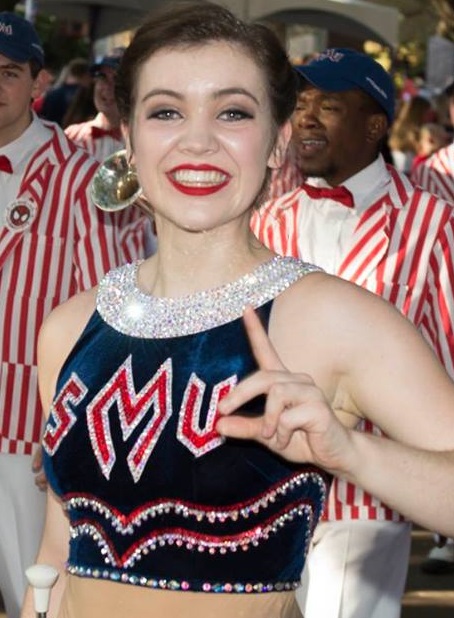 Alex is a 2019 SMU graduate and former SMU Mustang Band feature Twirler. She succeed her father, Justice David L. Bridges, as board member of the Diamond M Club. She continues the Bridges family's generous legacy of offering her time and talent to help the Mustang Band grow and thrive. 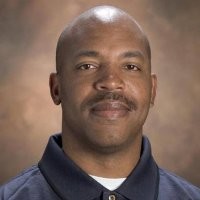 Ramon was Number 8 on the field, but Number 1 in our hearts, from 1992 to 1997 when he was quarterback of the SMU Mustangs. Flanigan graduated as the school’s all-time leader in total offense, and among the all-time top five in passing yards. He is the only player in Mustang history to pass for more than 5,500 yards and rush for at least 1,500.

Since graduating in 1997, Ramon has years of coaching experience, including head coach at Lincoln University, offensive coordinator and quarterbacks coach for Mississippi Valley State, and offensive coordinator for the University of North Texas. Ramon is back on campus, and now serves as  Director for Former Player Relations for SMU Football.

Ramon developed his appreciation for the Mustang Band standing on the sidelines at SMU listening to Peruna and Pony Battle. In recognition of the tireless support for SMU Athletics, and SMU Football in particular, Ramon joined the Board in 2018 to provide a link between the Mustang Band and the athletic department.